Benito in conversation with Netta Yashchin re Woyzeck at Belvoir St. 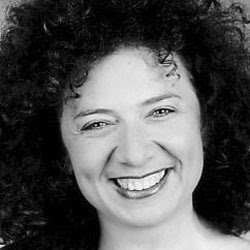 (This article was originally commissioned by, and appeared in, The Sydney Morning Herald, 23rd July, 2010)

Loosely based on the real-life crime of a Leipzig soldier beheaded for murder in 1821, the play tells the story of Woyzeck (Michael Piggott), a passively loyal soldier tortured by a sadistic doctor (Rebecca Johnston) who constricts him to a diet of peas and conducts experiments in turning soldiers into donkeys. Meanwhile a cruel Colonel (Anthony Hunt) makes Woyzeck double as his barber as he as he belittles him. Woyzeck battles humiliations and hallucinations as his wife Marie (Zahra Newman) publicly cuckolds by carousing with other men till he is driven to an insane act of vengeance.

“It’s iconic,” says Yashchin, “directors with a bit of taste want to touch this play at some point in their career.”

Yashchin was an acclaimed actor in her homeland of Israel before falling in love on tour in Adelaide in 1998 where she later formed her own company. Since then she has moved between Tel Aviv and Sydney, studying Direction at NIDA under Egil Kipste.

Yashchin hopes to bring out the dark carnivalesque heart of Woyzeck with the aid of musicians, dancers and actors who will break into songs by artists ranging from Bob Marley to Jacque Brel during the show, creating an unsettlingly macabre comedy.

“I’ve called it a human circus,” says Yashchin. “I’m heightening the reality ... pushing it into grotesque, absurd and magic realism.”

Having served compulsory military service in Israel Yashchin can empathise with Woyzeck’s predicament.

"There’s a great suppression while you’re in the Army that comes out in strange forms in your adult life ... I’ve met soldiers who’ve suffered tremendous trauma.”

Yashchin sees Woyzeck not as a madman but an everyman trapped in an insane world of Kafkaesque proportions.

“He gives so much of himself that eventually the self-sacrifice becomes something repulsive,” says Yashchin.

“How far do you turn the other cheek - till your head turns around?”

“Any human-being put in this situation might execute [Woyzeck’s crime] in a fit of rage.”

“Who knows what the line between sanity and madness is?”