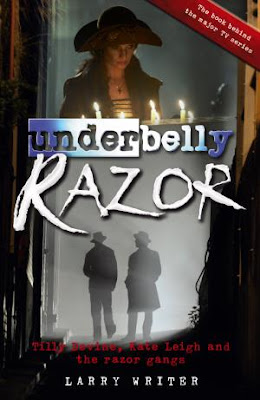 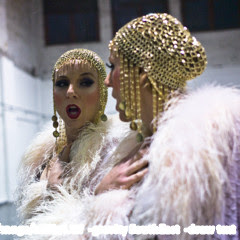 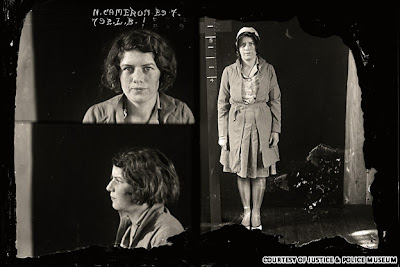 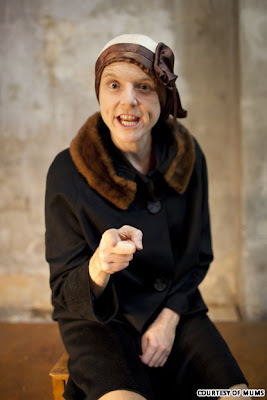 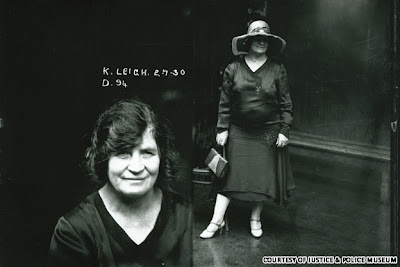 This article was commissioned by CNN Go and originally appeared at
Razorhurst | CNNGo.com http://www.cnngo.com/sydney/life/mums-word-razorhursts-female-gangsters-145199#ixzz1SQHq1gr0 (click blog post headline to go to the CNN original)


A play is being staged in secret in former sly-grog shops and brothels around the inner city, as a book, TV series and exhibition see unprecedented interest in Sydney's sleazy days gone-by

The stylish East Village Hotel in Darlinghurst has gone up in the world since it opened in 1918 under the name that still adorns its façade, “The Tradesman's Arms.”

It was an underworld criminal capital in a time of partial prohibition. After the introduction of strict anti-gun laws, gangs fought for control of the sex, cocaine and sly-grog trades with cutthroat razors. Inner city Kings Cross, Woolloomooloo, Darlinghurst and Surry Hills were collectively termed “Razorhurst.”

It was a time when female gangsters, Kate Leigh and Tilly Devine, lorded it over their respective bootlegging and brothel empires.

A play, "Mum’s In: Stories from Razorhurst," is due to begin in the former sly-grog shops and sex dens around the inner city. True to its underworld content, Sydneysiders have to unravel the secret venue from the Internet and give a password to enter.

This year’s Underbelly TV series will be based on Larry Writer’s book, "Razor." A photographic exhibition from the era is touring and even an opera is rumoured.

The Tradesman’s Arms was once, as Larry Writer records in "Razor": “A bloodhouse with sawdust on the floor to soak up the spit and vomit.” It was populated by “prostitutes, pimps, pickpockets, muggers, con men, SP (starting-price) bookies and drug dealers.”

“You could buy as many beers as you wanted before six o’clock,” explains playwright, performer, singer and songwriter Vashti Hughes, who performs in the upcoming "Mum’s In: Stories from Razorhurst." “At quarter to six you could say I want 10 schooners and they’d sell them to you, and then you’d have to try and skol them because they would kick you out and shut the doors at six.”

Anyone not content to follow church leaders’ suggestions and use early closing to spend more quality time with their families, or for those who didn’t have families, there was a huge hole in the market.

“People wanted someone to kick on to,” says Hughes.

Kate Leigh escaped to Sydney from her abusive family in Dubbo at the age of 10. Tilly Devine was a London prostitute by the age of 12 before emigrating "Down Under" with a Digger who claimed to own a kangaroo station.

The women became two of the wealthiest, powerful and most ruthless people in Australia.

Kate Leigh operated a score of illegal "sly-grog shops" during the 1920s and 1930s across “Razorhurst.” Tilly Devine became a brothel matriarch.

Leigh and Devine are two of several characters Hughes will bring back to life in her one-women show "Mum’s In: Stories from Razorhurst."

Hughes will be staging her show amidst Tilly’s former brothels and Leigh’s sly-grog shops. In keeping with the underground nature of the original venues, audiences will have to find the location via a website (www.mumsin.com.au)

Upon reaching the door they will have to give the traditional password, "Mum’s in" before being allowed entry and sipping their first jam jar of sly-grog.

Hughes won’t be shying away from that violence either.

Those who turn up in 1920s and 1930s clothing will receive a discount, which is appropriate given that both Tilly and Kate were seen as exotically glamorous in their time. In fact when Kate Leigh was arrested at the Melbourne Cup, her rich furs and jewels received as much attention as her crimes, and Tilly Devine was reported to wear twice as many rings as she had fingers.

Hughes is not the only artist pouring life back into the anti-heroes of depression-era Sydney. Australian TV screens will soon be awash with "Underbelly: Razor," the Nine Network’s adaptation of Larry Writer’s non-fiction "Razor," first published in 2001.

“To have two women crime bosses who were so tough and so ruthless ... They clawed their way up to the top in a hard man’s milieu,” says Larry Writer in "Razor," “They had to be tougher, smarter and nastier than the male of the species.”

Writer puts this renewed interest down to the death of the cultural cringe concerning our criminals.

“For so long,” says Writer, “there has been a feeling that our criminals and our heroes could not be as interesting as those overseas. All of a sudden there’s a realisation that in Tilly Divine and Kate Leigh and Guido and Frank we have some really wonderful characters."

Nerida Campbell, curator of the Justice & Police Museum’s nationally touring exhibition, "Femme Fatale: The Female Criminal," feels Kate Leigh and Tilly Devine may be perceived as being crueler because of their sex.

“I think society’s expectations of them were so much higher because they were women. They were expected to be feminine [but] these women were ruthless and violent.”


A journey into Sydney's sleazy foundations

“Underbelly: Razor” is scheduled to air on Channel 9 in September.

“Femme Fatale: The Female Criminal” is touring nationally until June 2012. See www.hht.net.au for locations.
No comments: