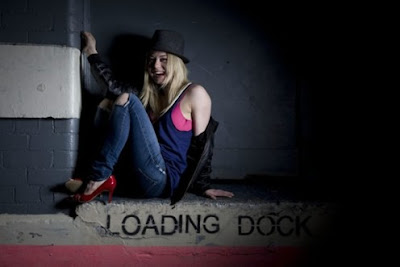 It's a wild world

RICK VIEDE doesn't shy away from the question of whether his "gap year" was as debauched as those described in his acclaimed debut play, Whore.

"I once masturbated on Tennessee Williams's grave, does that count?" the 26-year-old playwright says.

Whore tells the story of Tim and Sara, two gen Y-ers who have relocated to London in order to anonymously embark on a wild year away from their old lives. Their risk-taking leads to them working in the sex industry and, by the play's end, putting their own lives at risk.

Along the way, Tim and Sara - played by Paul-William Mawhinney and Rhiannon Owen - explore what sexual, moral and commercial boundaries they will accept in the adult lives that await them, if they can survive their early 20s.

"I think everybody, when you're in your late teens and early 20s, goes through a sexual awakening and that awakening is often tied in with your journey into the world, figuring out what the world is about," Viede says. "This play ties those two things together quite explicitly."

During Viede's own gap year - which took the form of a journey across the US, complete with appendicitis, and a stint studying drama at California's UCLA - he managed to avoid the lure of the sex industry.

Like Tim and Sara, however, he had a process of discovering his own limits - his obsession with visiting his hero's grave driving him to ignore the complications he was suffering after a stay in hospital.

"Sometimes a strong personality and willpower are good but there are limits," he says. "Sometimes you have to draw a line in the sand and say, 'Enough is enough, time to go heal, time to go home,' which is pretty much the story of the play."

Back in Australia, Viede began to move from acting to writing. Out of his early experiments came his cabaret alter-ego Glace Chase, whom Viede has toured around Australia. Viede later attempted more serious drama and produced the first draft of Whore. Director Christopher Hurrell spotted its promise. "The level of progress he'd made in his writing in just a few months was amazing," Hurrell says. "Whore seemed so exciting in its first draft that we thought we'd give it a reading straight away."

Hurrell suggested Viede enter the play in the Griffin Award, which it won before being commissioned by B Sharp. More recently, Whore was one of eight plays chosen from 1500 to be staged by the Summer Play Festival in New York.

Hurrell found from readings that what he calls the "psycho-sexual parable" at the heart of Whore resonated particularly strongly with younger audiences.

"Rick's just a little bit older than his characters and I think that that's the crucial element — he's within this culture enough to understand it but outside it a little to be able to observe and analyse," Hurrell says. "At some point I wanted to be able to draw on this connection I found between other young artists and this play and throw open the doors a bit, so I came up with this idea of looking for responses between each of the 10 [scenes] and local musical artists."

Hurrell brought in David Heinrich of the band Lions At Your Door to source songs from local artists that would resonate with the themes of risk, rule-breaking and self-realisation that run through Whore. The soundtrack will be on sale during its season.

"It's not just about finding 10 songs and playing them," Hurrell says, "it's about finding elements of that music that [Heinrich will] work into a more abstract soundscape."

Viede hopes the play pays testament to those people who test the boundaries of who they are and what is acceptable and thereby redefine for all of us what life can be.

"We should tell their stories because they're fascinating," Viede says. "What - do we want to tell more stories about middle-class people living in the 'burbs and how hard it is to be financially secure and successful and have Christmases? I just go no, that's not particularly interesting to me."

And as for his own risk-taking, culminating over a bottle of gin at his hero's grave? "Tennessee would have appreciated it."