A Piece of Fonzo-Journalism from the Past 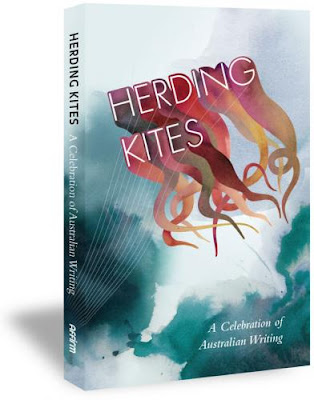 I've been asked to be part of Herding Kites, the 10 year Anthology of The National Young Writers' Festival in Newcastle. I will have the piece I first performed in Newcastle many years ago, "Case Management" in the anthology, as well as performing it at a launch tomorrow night. While remembering those days I found the report I wrote for Revolver magazine in 2001. It's not so bad as I remember, so here it is.

The ‘National Young Writers’ Festival’ (NYWF) has given the former steel town of Newcastle a fine local tradition. That of writers from Sydney, Melbourne, Adelaide, Perth, Ballarat, Brisbane and all points in between swilling beer, bourbon and hash cookies as fast as they can scam them, whilst their ‘compoetriates’ rant black rivers of cynicism or blow Utopian hope-bubbles from the stage and street. It’s a great feeling for a two-bit wordsmith like myself, trying to cash in on everything from ethnic stereotyping to performance poetry, to find that all over Australia there are like minded merry pranksters.

At times it feels as if, for one week a year, Newcastle becomes Newtown by the sea, with a healthy dose of Fitzroy and St Kilda thrown in. Electro-ferals and day-glow turntablists share the town with bad-shirted poets, hip-hopping revolutionaries, confused short film makers, pissed street press, and the just plain ‘lost.’ This is because NYWF falls under the umbrella of the ‘This Is Not Art’ Festival, which also includes ‘The National Student Media Conference, ‘’ Sound Summit,’ and ‘Electrofringe.’

Aside from the odd interview for 2SER’s ‘Poetic Off-Licence’ (6pm Tues), I had earned my free bed by volunteering to MC the Saturday Night Cabaret Spectacular. Or something like that. As far as I knew the rest of the weekend could be devoted to ‘finding myself’ as it were. However, NYWF is a strange animal. A kind of drug fucked octopus in a vat of Kent Old. Hence, no sooner had I found Newcastle, found my Hotel, found my old muso buddy Philasophigas, found the Hunter Hotel, and found a likely seminar to attend, than that strange beast’s tentacles sprung maliciously out in the form of Australia’s most violent poet - Melbourne’s Phil Doyle.

Phil Doyle earned his reputation when he pulled a Bowie knife at the first NYWF. At the time it made the papers and got the event some free publicity. Phil Doyle handed me an article he had published in ‘Overland’ criticising NYWF, with particular venom pointed at “the Sydney poets” who were accused of committing what is considered a grave crime in Melbourne. We had made poetry entertaining. I was to defend the charge. Luckily, Philasophigas had bought half a bottle of bourbon off a guy in the street whilst asking directions to the nearest chemist. He left me with the bottle as he was off to see something ‘electrofringy.’ I poured myself a little poets’ courage, studied the article, and vehemently defended the charges. Sydney poets entertaining? Ludicrous!

There were a lot of other laid back yet informative events to attend between drinks. Highlights included Linda Jaivan talking about how to write sexy text, AJ Rochester on comedy writing, and of course the afore mentioned Cabaret night. For the sake of the Melburnians I tried not to be overly entertaining. In the end, failure is it’s own reward.

Of course, come Sunday the brutal reality of being in Newcastle on Grand Final night hit us like a bad simile. The afternoon went eerily quiet as several poets followed local boy and organiser Marcus Westbury’s advice and donned blue and red clothing. There was a sigh of relief when the local team won their little football game.

As a writer, I probably learnt more about humanity on that night than at any seminar, as I wandered through a cross between a kind of footy-yob Reclaim The Streets, and the Star Hotel riots.

“This is what football’s about” said one delirious Novocastrian as he passed me a beer in the street before climbing a traffic light so as to jump into a mosh pit of locals from the roof of the Great Northern Hotel. Now that, I thought, is art.

I like your work. I am a jAz poet cat.
We may be estranged or deranged
lesbian sisters, once removed, and
you relegated to the hinterland of
Swambovia Sydney.

Drop me a note.