Molly #35: unpunctured prosepoem about a shit park in St Peters... 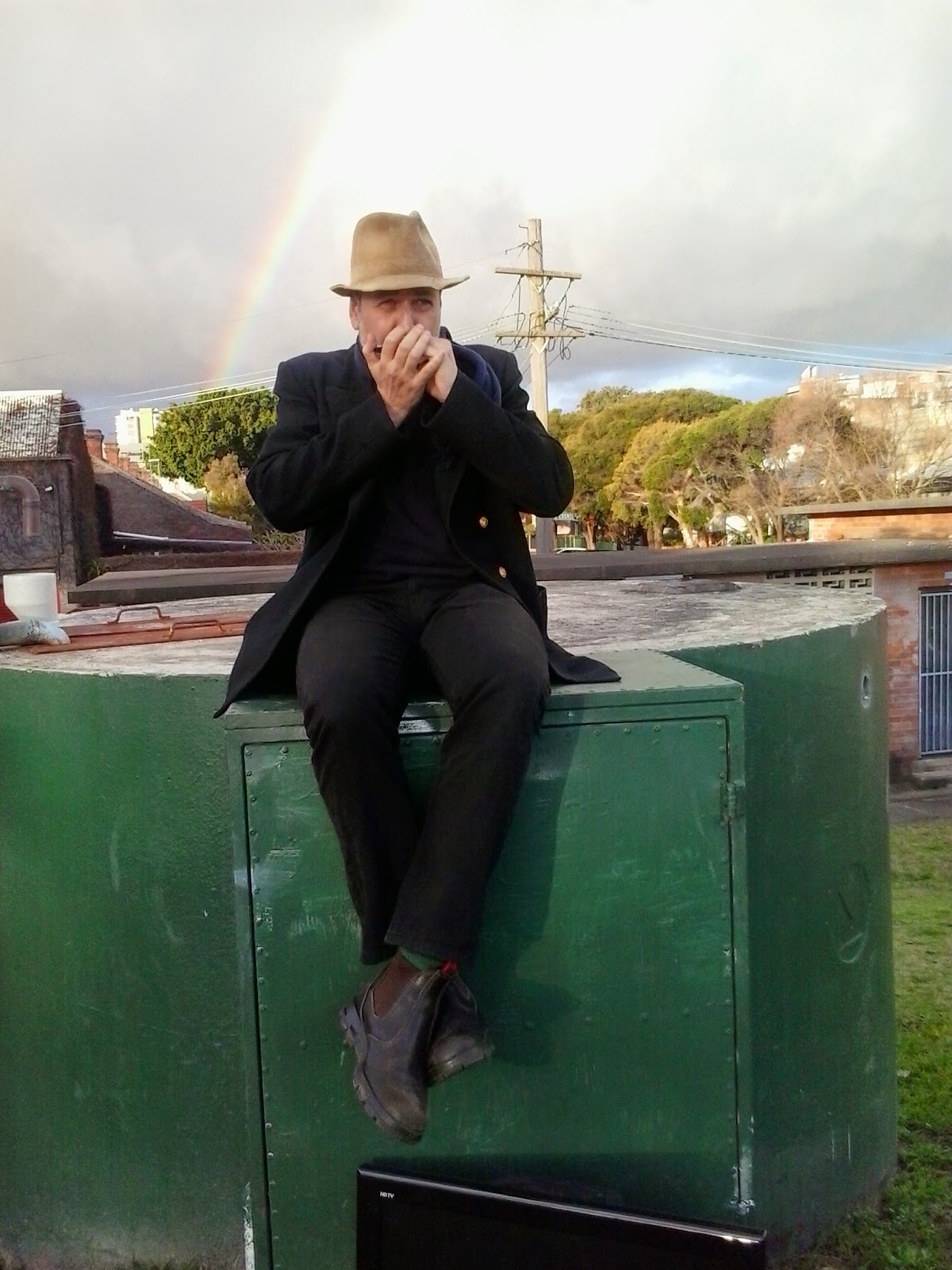 I woke her at one in the afternoon, and she still couldn’t talk, but I’d brought her lemonade and soup, and then we finished her articles and while the sun was still up I dragged her into the light (what there was of it) and we examined the Indian and Fijian markets of the Paris end of King St, (true), then we wandered through St. Peters where we found a secret café and yoga and salsa studios before settling in an ugly suburban park, where the oval was closed and flooded and a father and daughter played basketball on the saddest court you’ve ever seen and dusk came on and people walked home from shit jobs and I climbed over a dumped TV and sat on a filthy water tank with a rainbow behind me and recited a poem about how shit this park was (accompanied on a Hohner harmonica) as the trains rolled by and the planes flew over and the dogs shat steamy on the field and she laughed a sexy pneumonic laughter, and then it started to rain so we hid in the greasy 80s canteen and then we strolled up the back streets and looked at houses we wished we could afford to rent and bought some Fijian accoutrements and then we got home and did more work on the articles and opened the wine from the night before and everything was perfect. She took her antibiotics and we watched a documentary about dwarves. Then I walked home. Who needs a vacation?