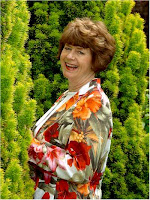 “Do you have Portaloos in Australia?” asks Pam Ayres whilst telling me about her new show.
“There is a piece, which I always say is a hip-hop piece, called ‘The Battle of Portaloo.’ It’s about a builder coming and sticking a Portaloo in the back garden.”
Look out Ice T!
Despite still being hip enough to embrace hop Ayres seems less than enamoured by my offer to get her a ‘wildcard’ spot in a Poetry Slam whilst in Sydney.
“It sounds very gladiatorial. I might not last the three minutes.”
Ayres’ tour coincides with the launch of her book “Surgically Enhanced” which includes poems, stories and sketches from her BBC radio comedy series “Ayres On The Air.”
“It’s the first time I’ve been able to write for other voices. There’s one [sketch] were I’m applying for a job as a pole dancer. I’ve just had a hip replacement so I think I’ll be able to manage the job.”
Do you get the job?
“No he doesn’t want to know, the rotten swine.” 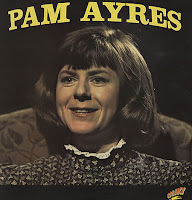 Ayres began writing poetry at 12, but it was only after being convinced to read at Oxfordshire Folk clubs in the mid 70s that her career took off with invitations to read on radio and TV.
“I never set out to be any sort of a funny poet, I just liked writing, and then this caught peoples attention and that’s what they wanted much more of so I provided it.”
All seemed to be going well with Ayres becoming such a stalwart of British television that she was offered her own show, which proved not such a wise career move.
“I did the crummy television series. That was quite damaging, it took me a long time get over that because I spent a lot of time on television saying things that other people had written, it was a ghastly experience and the show got panned as you’ve reminded me. Then I had very much reduced audiences, so I started playing small audiences and building back up again. I’ve been very lucky I’ve had one or two things that really caught people’s imagination.”
The highs and lows of her career are demonstrated in the fact that while her show was voted 64 in Channel 4’s “100 Greatest Moments from TV Hell,” her poem “I Wish I’d Looked After My Teeth” was voted into the top 10 of a BBC poll of the nations favourite poems.
“I’ve been listed among the best selling poets and found myself alongside Ted Hughes and Sylvia Plath which is very flattering in one way but it’s nonsense in the end because our goals are completely different.”
What are her goals?
“I don’t think I would call my work serious literature, it’s written for performance, for my style, my sense of humour. They’re [about] very ordinary things Benito, I don’t try to enter the political arena, I don’t think that’s my strength, my strength is in looking at normal, everyday things and writing about them in a way that strikes a chord with people. If you write something hilariously funny about politics it has a very short life, whereas if I write about missing your children because you’re an ‘empty nester’ that will have a much longer life.”
She’s had surprising success in a medium that generally strikes fear into audiences’ hearts at it’s very mention: poetry.
“The joy of my job, particularly in the early days when nobody knew me, was to be introduced on some modest stage as Miss Ayres who was going to read her poetry and you’d see everybody’s face drop with, uhm…”
Horror?
“Yes horror, and irritation, and then I’d go out and do a few poems and you’d see them start to laugh, it was very satisfying.”
Now on the verge of her 60th birthday and performing 50 shows a year worldwide, with a live DVD “In Her Own Words” recently released, she has no plans to put her feet up.
“I don’t think I’ll stop doing it as long as people are interested. Anyway, I think I’d go on doing it even if people weren’t interested because it’s part of me.”
Hopefully she won’t have to test that theory any time soon.
Pam Ayres
17th October, Parramatta Riverside Theatre $69 - $49 bookings 8839 3399
20th October, Sydney Opera House Concert Hall $75 - $49 bookings 9250 7777